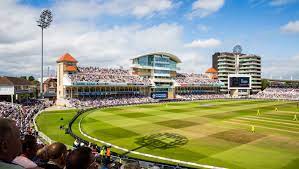 LUZIA takes you on a journey through an imaginary Mexico. LUZIA is a poetic and acrobatic ode to the rich, vibrant culture of a country whose wealth stems from an extraordinary mix of influences and creative collisions – a land that inspires awe with its breathtaking landscapes and architectural wonders, buoyed by the indomitable spirit of its people.

The UK is home to some of the biggest festivals, most amazing live show venues and talented musicians in the world, and it’s right on your doorstep. With fantastic access to concert tickets with superb hospitality packages across the country, you can enjoy your favourite music in style.

From the O2 Arena in London to the Phones 4 U Arena in Manchester, world class acts travel around the UK to perform in some of the world’s most recognised music venues.

The O2 Arena hosts 20,000 people and with acts such as Stevie Wonder, Elton John, Beyoncé and The Rolling Stones performing there, it’s no wonder the O2 has held the crown for the world's busiest music arena since 2008. This accolade was taken from the Manchester (Phones 4 U) Arena, which is a slightly larger venue than the O2 with a capacity of 21,000, which also hosts most top acts on their worldwide tours.

London is also home to one of the most treasured and recognisable venues in the world, the Royal Albert Hall. The Royal Albert Hall was built to promote understanding and appreciation of the Arts and Sciences and has stood in the heart of the South Kensington since 1871.

The outdoor festival scene is booming, and the UK is home to some of the most renowned and biggest festivals you can find. From the Wireless Festival, starting back in 2005, to Glastonbury, which has been running since the 70’s, the UK has a festival for everyone.

The world renowned Glastonbury Festival, originally influenced by “hippie ethics”, pulls in around 175,000 people a year and is the largest greenfield festival in the world boasting leading bands, comedians, dance and cabaret acts as well as the weird and wonderful.

On the other side of the spectrum, the Hampton Court Palace Festival takes place in the beautiful grounds of Hampton Court Palace; it has fantastic line ups, delicious picnics and intimate settings. World class acts such as Elton John, Eric Clapton, Rufus Wainwright and Liza Minnelli have graced the stage at these stunning gardens.

Entertaining at concerts and festivals has never been bigger in the UK, tickets for popular acts and artists can become sold out in a matter of minutes. Sometimes VIP ticket packages or hiring a private suite or executive box are the best way to ensure access to these exclusive events whether you are looking at corporate hospitality for clients or a treat for personal use.

Glamping at festivals is now a must for the new generation of festival goers who need more than a tent and a ticket. VIP packages are now available with a selection of options including luxury camping and access to VIP areas.

Whatever music you enjoy, DTB have a wide range of VIP concert and festival hospitality packages and tickets to suit all budgets in multiple locations. Don’t miss out on seeing your favourite musician with DTB.

Contact DTB for more information about Concert and Festival Hospitality.